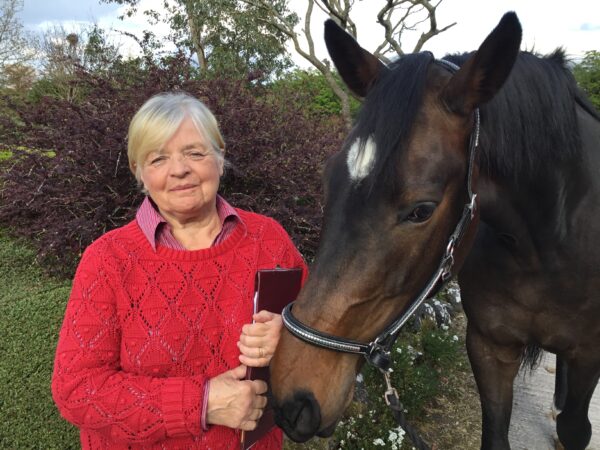 Vida started riding in US and competed in showjumping but when coached by a trainer who specialised in dressage – she was hooked!

Dressage in Ireland was in its infancy when Vida moved here from America but as it progressed so did she, ending up being National Champion in 1981.

Vida produced several horses and riders, some to International level.  The most notable horse being Custom Made who Vida broke and trained and eventually sold to American, David O Connor, who, among other amazing results, won the Individual Gold Medal for Eventing at the Sydney Olympics.

Vida began an interest in dressage judging because she felt a need for a comprehensive understanding of the whole picture of the training process for the competition horse, from start to finish.

Over the years, Vida has worked up the dressage judges ladder to the eventual status as a Dressage Ireland List 1 judge.

Vida enjoys judging  dressage as she loves to  see  horses progressing in their training and  producing confident, correct performances.

We use cookies to ensure that we give you the best experience on our website. If you continue to use this site we will assume that you are happy with it.Ok